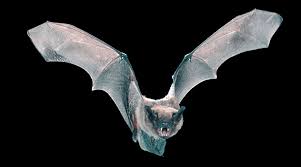 Conservationists know that there are bats across Merseyside but acknowledge that a lack of evidence on their numbers and distribution is hampering efforts to conserve them.

With that in mind, the North Merseyside BAP manager worked with the Merseyside and West Lancashire Bat Group to prepare a bid to the Awards For All lottery fund.

We were awarded £8,000 to kick-start a project to survey and monitor the bats of North Merseyside.

As part of the project – which we called Liver Bats – the bat group, in conjunction with North Merseyside councils, conducted a series of urban bat walks during which members of the public had the opportunity to use bat detectors and encounter bats in their local areas.

Fifteen people attended the event at Halewood Triangle, Knowsley on 19th July; a staggering seventy people turned up at Sefton Park, Liverpool on August 11th and another thirty-five were treated to an amazing show from bats around Sands Lake in Sefton on 13th August.

A fourth event took place in the borough of St. Helens early in 2008.

The main thrust of the project has been to train twenty volunteers to begin what we hope will become a regular monitoring project across North Merseyside.Most of the grant has been spent on equipment for the volunteers including a ‘bat detector’ for each of them.

Bat detectors pick up the ultrasonic sounds produced by bats and transform them into sounds that humans can hear.In this way, the volunteers will locate and identify the bats they encounter on 10 or so survey sites in Sefton, Knowsley, St . Helens and Liverpool.

The survey has been modelled on a similar successful project which the bat group started on the Wirral in 2006 and which is itself continuing and expanding in 2007 (with the help of a grant from Natural England).

During July, August and September, each team of two volunteers survey their allocated survey area a total of six times (twice in each month) following a protocol based on that for the National Bat Monitoring Programme. We are optimistic that the results of their work will inform efforts to conserve bats across North Merseyside in the years to come.